Do you know what Catalans want today? by Lowell Lewis, University of California 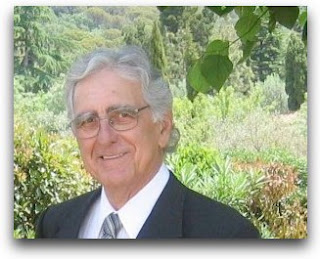 I am an Emeritus Professor of the University of California working in Catalunya for 26 years and living here for 16 years. When I first visited Catalunya it was obvious what they wanted. They wanted their educational and business capabilities to catch up with the rest of the world. After the Spanish Civil war and the years of dictatorship, Jordi Pujol said they were 40 years behind. Since the Catalan Junípero Serra had made a major contribution to the development of California, it was only right that California should help Catalunya recover. In 1986, the Catalan and California Parliaments signed an agreement to strengthen the cultural, scientific, technical and artistic bonds between the two states.
This agreement provides funds for faculty exchanges between all University of California campuses and Universities of Catalunya. The themes of emphasis are agriculture, developmental technology (engineering), environment, health sciences, and society and government. At that time Catalunya and Spain seemed to be open to academic interaction and the University of California developed programs throughout both areas. Catalans were happy to be able to have free elections and redevelop the democratic country they had envisioned in the early 1930’s. There have been many improvements in Catalunya since my first visit with a new airport in Barcelona and one in Girona; greatly improved highways from Barcelona to France and the Costa Brava; and improved train service. There will soon be a fast train from Barcelona to Paris. Medical services are outstanding and inexpensive. Clearly there is much to praise from the standpoint of basic needs of the people who live in Catalunya. However, challenges do exist and they are frustratingly serious. Several recent decisions by the government of Spain caused one million Catalans to demonstrate their anxiety. There are many issues and concerns behind this demonstration and many other serious expressions of concern. Catalunya has entered a period of serious doubt which seems to be exacerbated by daily actions of the Spanish government.

” in which he reports on 35 interviews with people from all walks of life who provide clues about recent developments in Catalunya and what it is that makes so many of the inhabitants of Catalunya feel uncomfortable with being part of Spain. The people interviewed include two past presidents of Catalunya, professors from American and European universities, several economists and businessmen, journalist and media experts and a doctor who was a surgeon in the Spanish civil war.

These interviews discuss the problems and challenges in Catalunya. They point out that public concerns reached a new level on June 28, 2010, when the Spanish Constitutional Court ruled against a Catalan Statute. The Statute had been approved in the Catalan and Spanish Parliaments and ratified by the people of Catalunya. The decision of the Constitutional Court made it clear that Catalunya could not use a federalist structure to move forward and guarantee for itself an area of safety for its powers and jurisdictions. Some Catalans see this as a call for home rule or independence. People wonder if the problems between Catalunya and Spain are still a result of Spain’s inability to get over its Francoist past. Other than Serbia and Belarus, Spain is the only democratic country where there was no clean break with the former dictatorial regime. Many feel the Court ruling makes a mockery of democracy.

Language policies in Catalunya are another major issue. During the Franco years, the use of the Catalan language was forbidden. Today there is considerable debate about the status of the language. It is the official language in Andorra. In Catalunya and the Balearic Islands bilingualism with Spanish is official with Catalan acknowledged as the territorial language. That seems to suggest that Catalunya is situated in a geographic environment where the use of multiple languages would be common. When Spain became part of the European Union, the expectation was that Spain had joined a business and educational world of interaction across Europe and the world with each region benefiting from new opportunities in trade, tourism and academic interaction. But Spain did not seem to be comfortable in that environment. Not only were many leaders not comfortable with the broader mix of language used with other European countries, it was not even comfortable with an interaction with the ancient Catalan language in its own region. Now it appears that the excitement and optimism that was so obvious in Spain in 1986 has lost its direction.

Compared with the economic situation 30 years ago, Catalunya is losing ground. The Spanish interregional compensation system which awards economic funds to the poorer regions on an income-based system of transfers actually pours funds into some regions that are richer than the average. Now Catalunya pays out more taxes than it should and it also gets less back in investment. Catalunya is now the third most productive region in terms of per capita productivity but after the interregional process is applied, Catalunya is eleventh out of fifteen. Business people are pragmatic; some see independence for Catalunya as the only way to go.

Spain’s excessive management of local businesses is another problem. The main problems of Barcelona’s airports have more to do with Spanish control than with the structures. Apparently there is not other country in Europe where the central government exercises tight control over transport. In other countries large airports are privately controlled. Here everything depends on the Spanish Air Transport authority. Rail travel is also a problem; especially for freight. The Mediterranean ports of Valencia and Barcelona are important centers of freight from other Mediterranean countries and south east Asia. This freight should have train service into southwestern France and Central Europe. Spain is only interested in the radial model centered in and focused on Madrid.

Clearly, the problems between Spain and Catalunya are not just because of the Catalan language. The problems are based on a history of state and church control. The concept of shared government is foreign to Spain. At a time when all the major economies of the world including Spain are struggling to balance debt with growth and survival, it seems pathetic to focus on disrupting the economy of Catalunya, one of the few regions of Spain that might make it possible for Spain’s economy to recover.

One final factor that upsets many politically aware Catalans is Spain’s continuing unwillingness to heal the old wounds from the civil war. Successive Spanish governments have refused to act on the retribution exacted by the Franco regime’s kangaroo courts and the dozens of violations to human rights and dignity.

If you want to know what is happening today in Catalunya and what will be the impact on Spain and Europe, “What Catalans Want” has the answers.