Reviews of "What's up with Catalonia?"

“A substantial collection of scholarly articles exploring, and defending, the prospects for Catalonia's independence from Spain ... The essays are largely written by professional academics, though a few are written by European diplomats ... The essays amassed are lively, lucid and provocatively puckish, as well as edifying ... this collection is packed with a college course's worth of interesting information ... For either those well versed in the case of Catalonian independence or for the uninitiated, an estimable addition to an increasingly tempestuous debate.” (Read more) — Kirkus Reviews 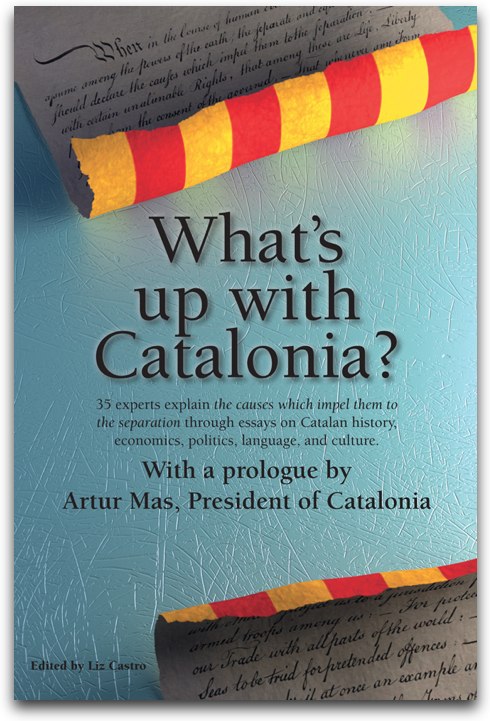 I am writing simply to express the pleasure I have taken in reading What's Up With Catalonia and the joy in knowing that there are other non-Catalans out there who feel a similar and perhaps inexplicable connection to the country. I first discovered Catalonia a few years ago after moving into a flat in Glasgow with a Scottish Catalan and after spending a few weeks with him and his friends I started to learn the language. I have since devoted a great deal time to the language and the people and now I plan to take great enjoyment spending my final year of university at Glasgow writing a dissertation on the role of food in catalan national identity.

The book that you and your collaborators have written has been a fantastic help in better understanding Catalonia since it deals with a great many subjects for which, despite my best efforts and many long evenings spent with my catalan friends, my knowledge of the language did not always suffice. For that I thank you.

Come 2014 I hope we will see two countries reborn into Europe.


Having lived in Barcelona myself for 13 years, I found this book is exactly as its title describes. It is a concise, accessible, well-written explanation of Catalonia's current situation and how it got there. It will definitely add an important layer to one's visit to Barcelona or elsewhere in Catalonia. Recommended.


In the coming year Americans will be stunned to learn that Catalonia, where their nieces and sons went to learn Spanish, has declared its independence. There will be and already has been torrents of tsk-tsking from major media outlets about these "restive provincials" who think they'd be better off on their own than part of the tottering Spanish State. "What's up with Catalonia" gives them a chance to make their case in short, reasonable and often charming chapters from the fledgling nation's most prominent thinkers.

So if you are policy maker, businessman or just someone interested in European affairs, give these folks your attention. You will hear more from them down the road, when Barcelona becomes the capital of the most progressive, hopeful and least corrupt country on the Mediterranean. 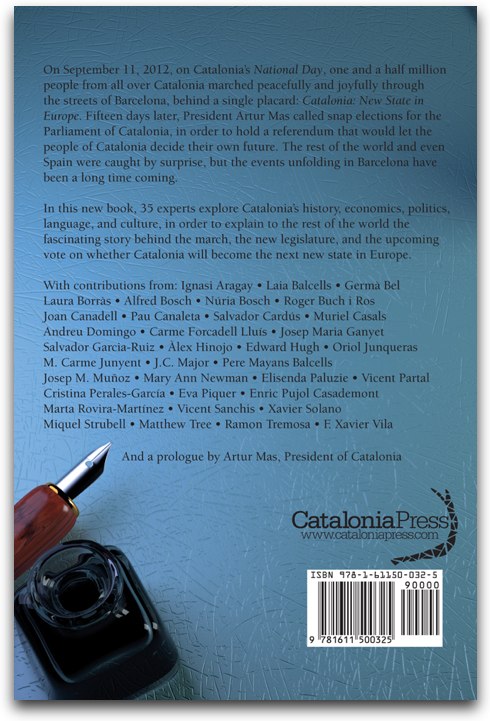 
An excellent book for readers who want to go beyond the headlines. The writing, in Liz Castro's English translation, is fresh and accessible, humorous and ironic (two of my favorites are "Keep Calm and Speak Catalan" and "Strangers in Our Own Land"). The book makes it clear that Catalans have found voices in which to address and engage the international community effectively, that will help people understand what is happening in Catalonia and why, and give them reasons to see it in a positive light. Look carefully at the cover illustration: it's the American Declaration of Independence. This isn't an accident, and it's not because Liz Castro is an American citizen. Americans are especially well positioned to understand Catalan aspirations to national sovereignty, having fought a war of independence over the issue of unfair taxation and insufficient political representation in the metropole.


An inevitable topic of conversation that would crop up during your stay in Barcelona would be Catalan national identity and how the region as a whole fit into Spain - sometimes this might not be a very comfortable conversation. This book does an excellent job in giving the reader an understanding of the historical Catalonia-Spain relationship. The reader is given a somewhat narrow lense to interpret what is happening today and may happen in the short future to Catalonia.
This is well worth a read before (or after) visiting Barcelona.


I highly recommend this book, both for the quality and content of the articles, and its easy-reading style. I'm a Catalan, and I wasn't expecting to learn about Catalunya with this book... But I actually did it! =D

Are you a traveller who visited or is planning to visit Catalunya or Barcelona?
Are you studying or interested into Politics, Diplomacy, Linguistics, Economy, wide spread social movements...?
Are you interested in understanding how more than 1.5 milion people (or more than 20% of a population) can demonstrate joyfully and without any kind of problems?
Do you want to learn more about what will become one of the most important events in Europe during next months and years?

As a collection of articles there is some repetition but it is an easy read and the articles do try to cover various different aspects of the topic.


This book is about an ancient people's struggle for freedom from intolerant, and historically violent, cultural and linguistic oppression. It's a heart-breaking, maddening, and inspiring story, all at the same time. I was at that march on September 11th, 2012, and I was inspired by the excitement, defiance, and dignity of it all. Looking forward to a great new life for myself, my wife and my two Catalan children in an age old, but brand new European country.

The book presents a positive and realistic face of the conditions previous and after the case of reaching the independence.

In general it is very suitable for all people who wanted to know more about Catalonia and the independence process under a balanced and rigorous point of view.


This is a great book to understand what's going on in Catalonia and why Catalonia needs and wants its independence from Spain. The authors of the essays are key Catalan professors, journalists, politicians, and professionals, such as Germà Bel, Alfred Bosch, Núria Bosch, Salvador Cardús, Muriel Casals, Carme Forcadell, Edward Hugh, Oriol Junqueras, Elisenda Paluzie, Vicent Sanchís, Miquel Strubell, Matthew Tree i Ramon Tremosa. I would recommend it to everyone!


I've read this book and I classify it as a very interesting one.
It transmits the feelings of a society, of a nation, that wants to be free.
I strongly recommend the book to anyone who wants to learn about Catalans' current situation
and their wishes for their own future.

Received via email from Jordi Cardús i Port on March 29, 2013 (English translation below)

As Catalans, the right to self determination of a people is something so radically democratic that it seems patently obvious, but sometimes we forget that there are many other people who believe differently, perhaps because they have never had to look for arguments in favor of this exercise of sovereignty because they have never been in the situation in which we find ourselves in Catalonia. This book is for those people, so we ourselves can present in a clear and honest way, the reasons for which we Catalans would like to constitute a new state in the European Union. It is a very useful book for people who are interested in the Catalan point of view on this process.